For the poster for our documentary Terra Firma, we really wanted a shot of the 3 women in the film together.  Since they lived in 3 different states this was going to be a challenge.  Yes, we could have used separate shots and somehow made them work through the magic of Photoshop, but we were holding out.
The opportunity finally arrived in November for all of us to be in downtown Louisville, KY.  The event was the Empowering Women Veterans Conference where we would do a test screening for the 100 plus women in attendance followed by a panel with the women in the film and the two of us.
We asked Anna, Sonia and Althea to pack something ‘farmy’ to wear for the shoot and we dragged along a hoe, a pitchfork and a shovel for props, which caused more than a few heads to turn in the lobby of the Hyatt Regency.  We used Google Earth to scout a few locations near the hotel and kept clocking the weather as the time drew near hoping for sunshine and blue skies.
No such luck.  As it turned out the weather was horrible – grey skies, flat light and freezing temperatures and we would only have a short time for the photo shoot because of all the conference activities, so the locations we had scouted were out.

What to do when you’re stuck in the middle of downtown surrounded by skyscrapers???  We got the idea to go up to the roof and once we explained our mission to the gracious hotel staff they agreed to escort us up to the 28th floor and on up to the roof. 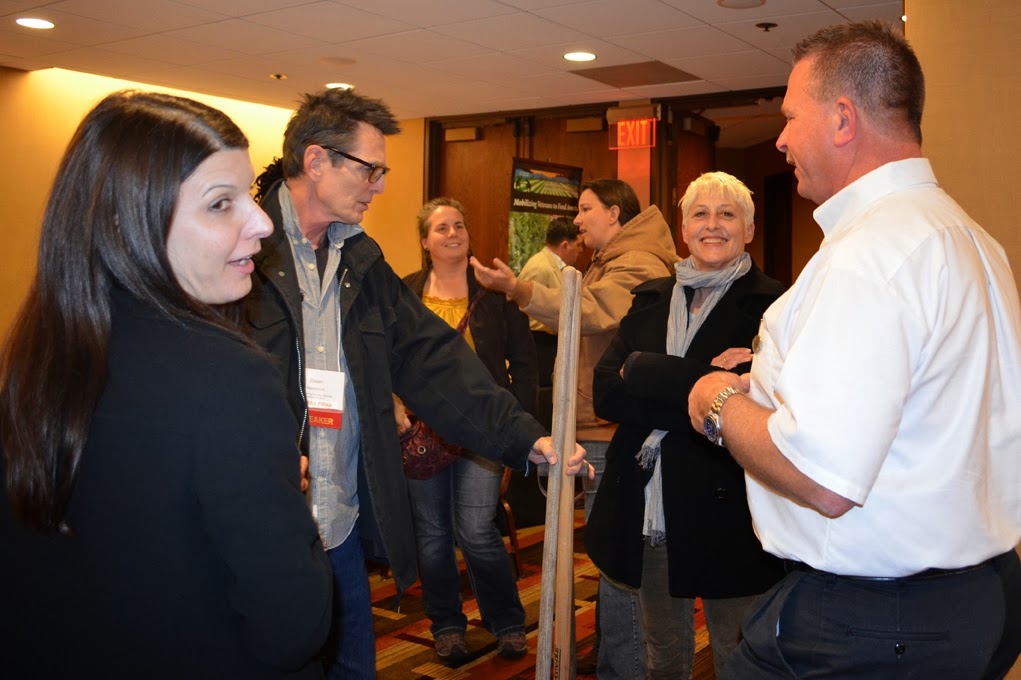 
As you can see it was cold. 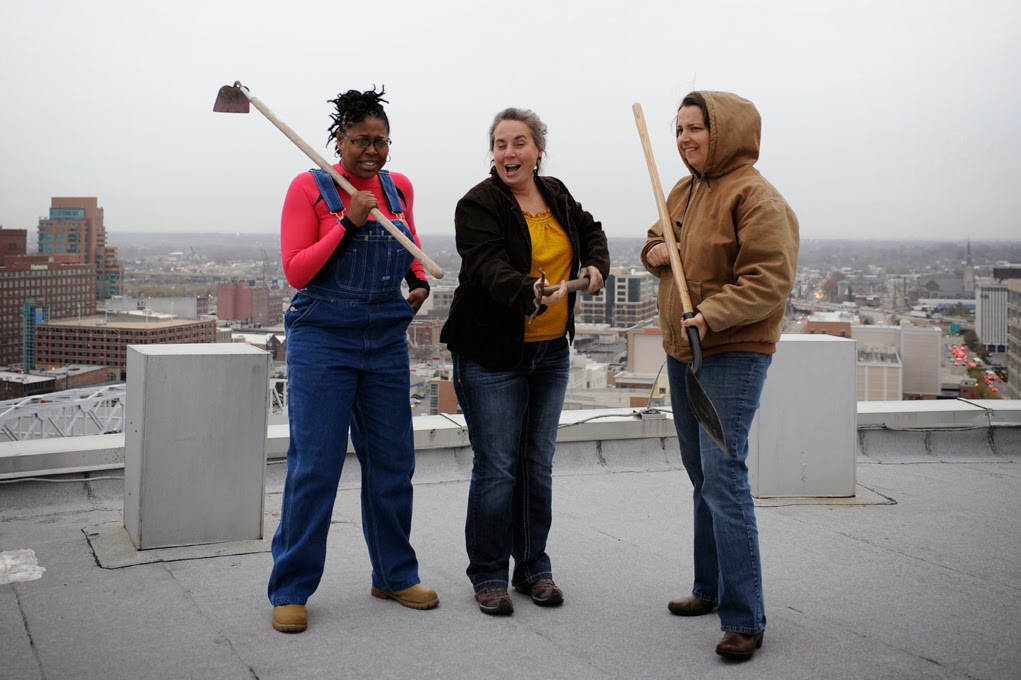 Anna needed a little convincing to lose the hood. 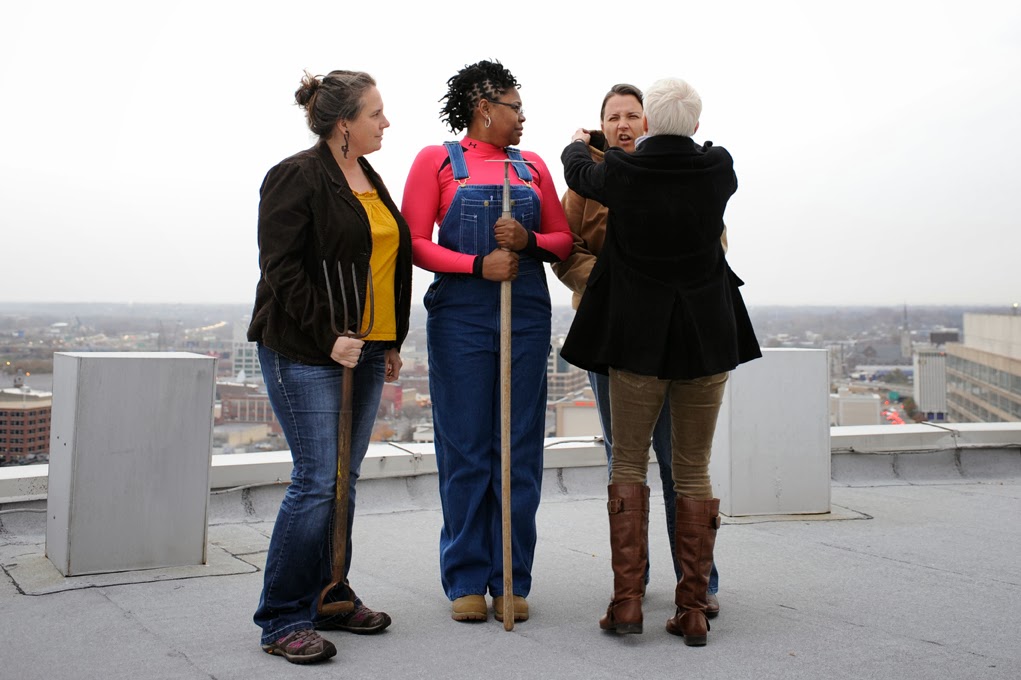 Owen got it on the first shot!  Although we were up on the roof for about 30 minutes trying different angles and expressions, we discovered that the first frame was the one that really worked best. 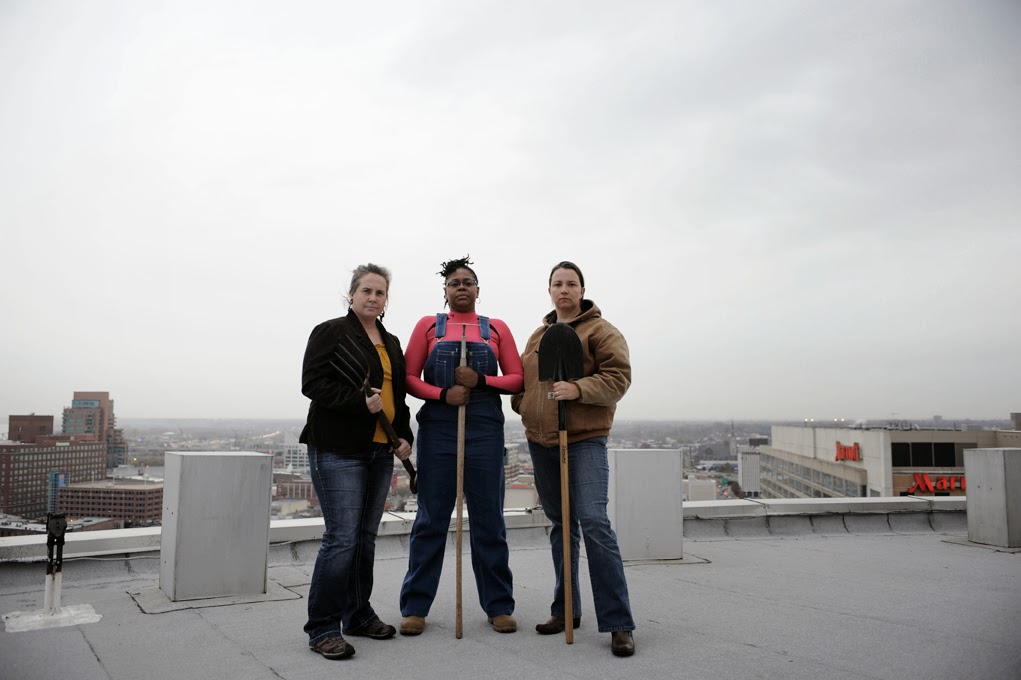 But, the battle was only half over.  How were we going to make a photo of 3 women farmers on a rooftop in Louisiville work for the poster?
We thought about finding a photo of a farm to Photoshop them into but that didn’t seem right since it’s not just a film about farming.  It’s a film about 3 strong women veterans who have overcome hardships to survive, which is why we use the soldier’s motto of “Suck it up and drive on” at the beginning of the film.
Taking a cue from the “driving on” metaphor we decided on a road.  And as serendipity (something that independent documentary filmmakers rely on a lot) would have it, we had the perfect road shot to use.  The photo was taken a few years back while we were on location in Pensacola Beach, FL. and had some time to kill before the shoot. 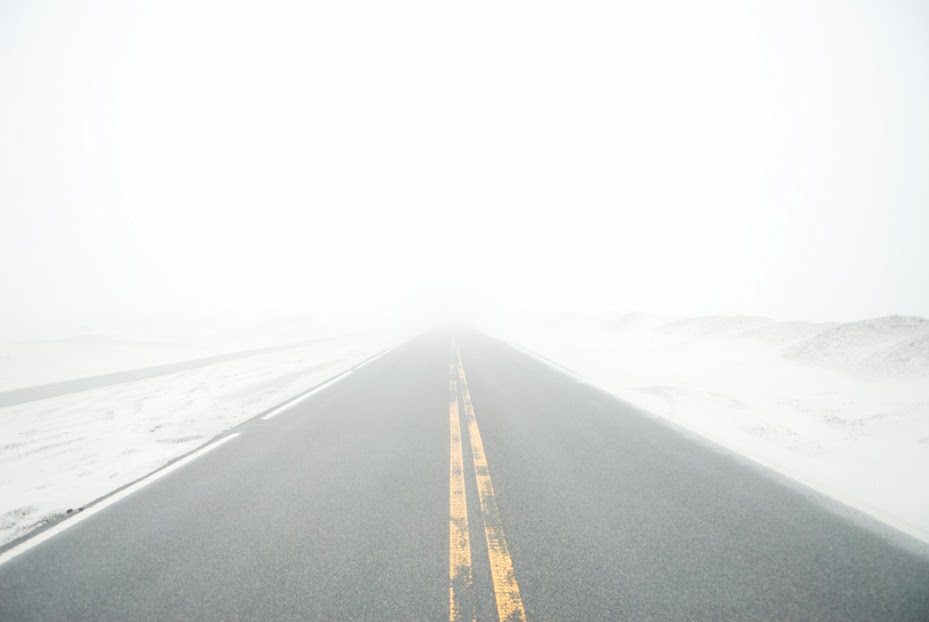 We could have Photoshopped in some farm land to cover the sand, but we liked how the landscape looked similar to what the women had experienced in Iraq and Afghanistan. 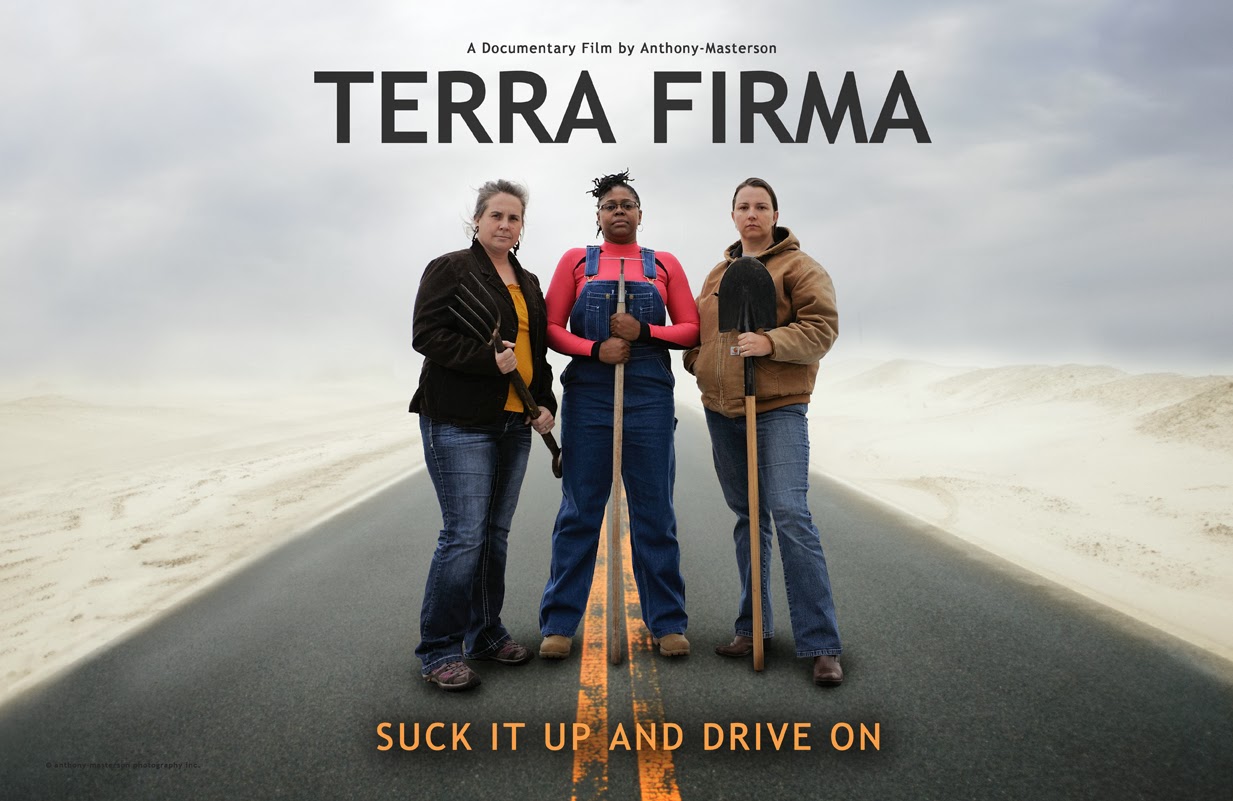 More of Erin's Hotel Roof photo session shots
Posted by Anthony-Masterson at 7:00 AM

Original images and content by Anthony-Masterson are Copyright
© ANTHONY-MASTERSON PHOTOGRAPHY INC./All Rights Reserved/Use Without Prior Written Permission from Anthony-Masterson Photography Inc. is theft and a violation of applicable laws.
So... just ask us and get the images at the size and resolution you need (and avoid a nasty, expensive, legal mess).